Home / “By appointment to the court of the Netherlands”

“By appointment to the court of the Netherlands” 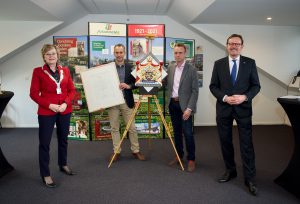 Dutch King Willem-Alexander has decided to grant the right to use the Royal Coat of Arms ” By appointment to the court of the Netherlands” to Joordens Zaden, Seed Company in Kessel on the occasion of its 100th anniversary. Director Dinant van Putten is proud with this honorary title. “We will certainly proudly propagate this title and also the fact that we have been in existence for more than a hundred years. The title proves that we have already performed well for a century, partly due to our uniqueness. Joordens is a strong brand and that has value, also in the future, as far as we are concerned.”

Joordens Zaden specializes in the production of seeds from green manure crops, fodder crops and grasses. The company was founded in 1921 by Sjang Joordens from Meijel. He started the company from his home on the Antoniuslaan in Blerick. The company later relocated to another location in Blerick to move to its current location in the outskirts of Kessel in the mid-1970s. 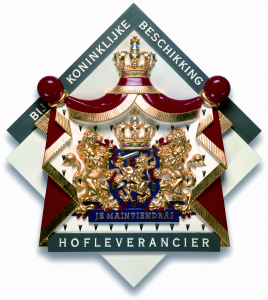 Joordens Zaden has been part of the French seed company RAGT since 1993. Formally, Joordens has since ceased to be a family business, but the company can still largely sail its own course under the flag of RAGT. RAGT’s renowned research department R2N gives Joordens the advantages of a large organization. As a result, Joordens benefits fully from the knowledge of the RAGT group. Van Putten: “It should be clear that this is of great importance for the future development of Joordens.”

Over the past century, Joordens developed into a company that is active in more than forty countries worldwide. Joordens collaborates with renowned universities all over the world. In Neer, Joordens has its own R&D department, where the company conducts research that leads to crops that are resistant to certain harmful nematodes and soil born fungi.